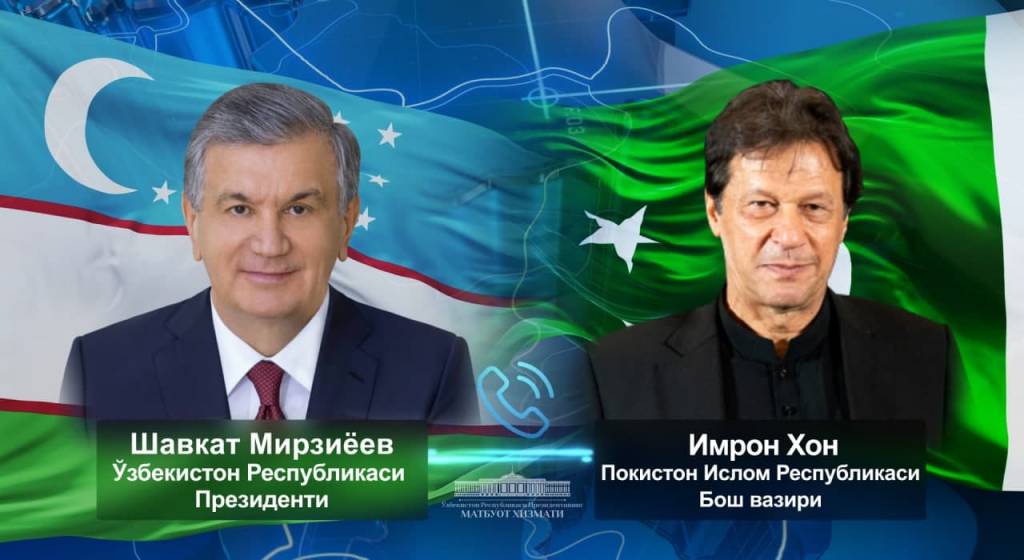 On November 25, President of the Republic of Uzbekistan Shavkat Mirziyoyev had a telephone conversation with the Prime Minister of the Islamic Republic of Pakistan Imran Khan.

The President of Uzbekistan cordially congratulated Prime Minister Imran Khan on his birthday, sincerely wishing him health, prosperity and great success, as well as peace and prosperity to the friendly people of Pakistan.

Issues of practical implementation of the agreements reached at the highest level and further prospects for enhancing mutually beneficial cooperation between the two countries were discussed during the conversation.

The intensification of the dialogue, the noticeable growth of indicators of bilateral trade and the strengthening of cooperation at the business level were noted with satisfaction. The main attention was paid to the promotion of investment projects in the agricultural machinery, pharmaceuticals and chemistry, the textile industry, the building materials industry and other areas.

The leaders discussed the issues of practical implementation of large infrastructure projects in the region.

The schedule of the upcoming meetings was also considered.