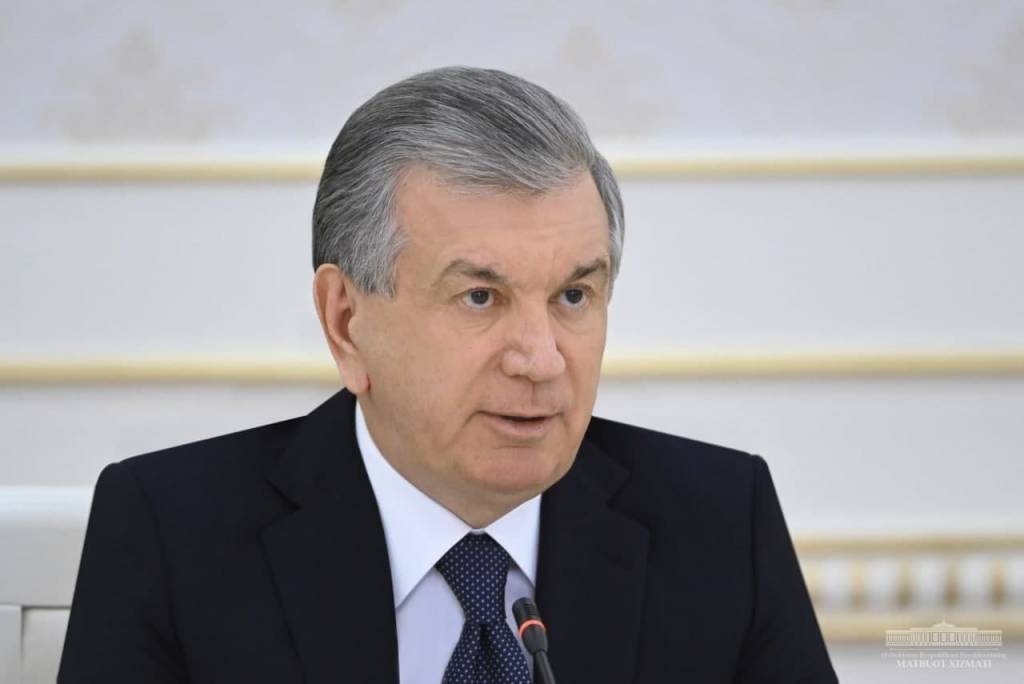 On November 2, President Shavkat Mirziyoyev chaired a videoconference on providing the population with housing and expanding green areas.

These issues were given special attention in the election program of Shavkat Mirziyoyev. At the meetings with voters, the Head of the state noted that the main goal for the future is the development of human capital and the creation of decent conditions, the important factors of which are the provision of housing and a comfortable living environment.

In recent years, more than 140 thousand housing units have been built in the country within the framework of mortgage programs. This is more than 10 times more than in previous years.

It was noted that this work should not stop. About 300 thousand marriages are registered in the country every year. The country’s population is expected to grow to 38 million over the next five years.

Accordingly, the scale of housing construction will expand, including through the construction of Yangi Uzbekiston neighborhoods in each region. Over the next five years, it is planned to settle over 250 thousand families in these neighborhoods.

The organizational and financial aspects of this task were discussed at the meeting.

The President noted that the Yangi Uzbekiston neighborhoods should be built based on the principle of integrated development. That is, industrial facilities, service and social infrastructure will be built in each neighborhood. In the Republic of Karakalpakstan and regions, it is planned to build 40 such modern residential areas next year.

“You saw a new neighborhood in Baghdad district. There is a ready-made project, there is experience. It is now necessary to adapt this project to each region. It is very important to conduct an open competition. If everything is open and honest, everything will be done efficiently, and you will not be ashamed in front of people”, the President said.

The Ministry of Construction was instructed, together with the hokims of the regions, to determine land plots in each region and develop their master plan.

Next year, banks will receive 15 trillion UZS for the issuance of mortgage loans within the framework of the construction of the Yangi Uzbekiston neighborhoods. Construction work will be carried out at the expense of investors.

The President emphasized the importance of supporting low-income families, providing them with subsidies for the down payment and interest payments.

The state will buy one thousand apartments in new neighborhoods for low-income families and single women next year. For these purposes, construction organizations will receive an advance payment of 220 billion UZS.

Today, the average cost per square meter of housing is 4.5 million UZS. At the meeting, the task was set to keep the cost of housing in new neighborhoods at this level. For this purpose, 1 trillion UZS will be allocated annually from the budget to provide new neighborhoods with internal and external infrastructure.

Starting next year, the tax rate on the profit of cement producers will be reduced from 20 to 15 percent, and the tax on the use of subsoil – by 2 times. At the same time, the effect of privileges on cement imports will be extended for another year. All this will lead to a noticeable decrease in the cost of housing.

Measures for the implementation of the national project “Yashil Makon” were also discussed at the meeting. Within its framework, it is planned to plant 200 million seedlings of trees and shrubs per year and to increase ​​green areas in cities from the current 8 to 30 percent.

“If you count the trees that were supposedly planted over so many years, there shouldn’t have been a space in Uzbekistan. And most of those that were planted dried up due to the lack of systematic work and care. Taking into account the current and projected environmental situation, we elevate tree planting to the rank of state policy. Therefore, it is necessary to implement the project with careful preparation of the irrigation system, clearly defining the monetary issue”, Shavkat Mirziyoyev said.

Therefore, the existing and newly created green areas will be assigned to specific responsible persons by the decision of the hokim of the district or city. These persons will be responsible not only for the care of trees in this area, but also for its improvement.

The improvement departments will be provided with special equipment. Irrigation networks will be laid where they are needed. In general, deputy hokims for construction will be responsible for the environmental issues, planting and caring for trees.

The Head of the state noted that every organization and every citizen should have a role to play in this noble work.

The territories adjacent to multi-storey buildings will be assigned to the owners to create green areas, and construction on them will not be allowed. Measures will be taken to plant trees in the courtyards of institutions, in mahallas, along roads and at the edges of fields.

40 days for tree planting until December 10 were announced at the meeting.

The State Forestry Committee and hokims have been tasked with increasing the procurement and supply of tree seedlings that correspond to the climatic characteristics of each region. A unitary enterprise “Yashil hudud” and its branches in each region will be organized under the committee.

The important role of the Committee on Ecology in the implementation of the goals of the sphere was emphasized, and the need to revise its structure, powers and responsibilities was noted.

Measures have been identified to develop the harvesting of seedlings, especially tree species that do not demand water.