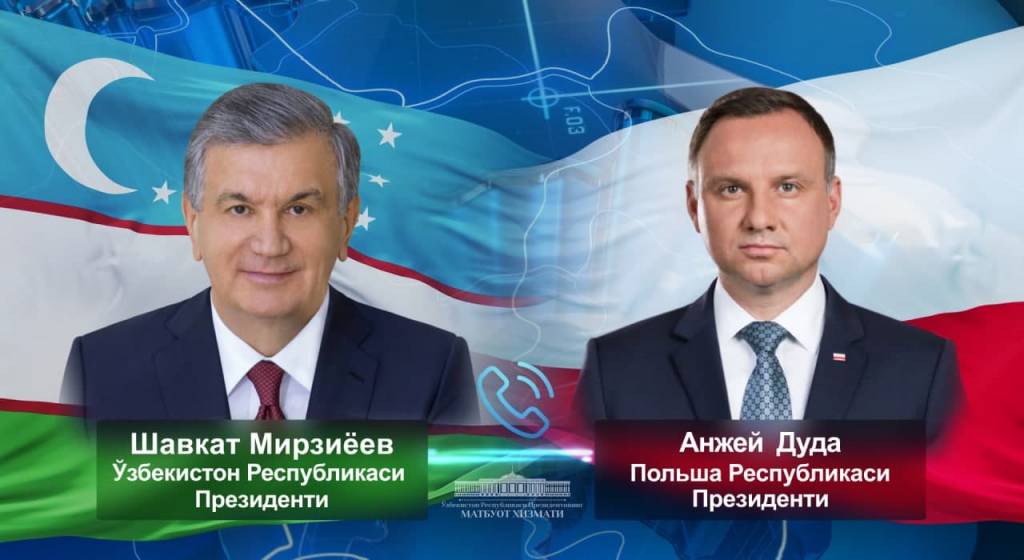 The Leaders considered the current issues on the bilateral agenda, including the development of political dialogue, expansion of trade, economic and investment cooperation, promotion of cultural and humanitarian exchange programs, as well as the continuation of fruitful interaction within the framework of international organizations.

The President of Poland expressed his sincere gratitude for all possible assistance in the implementation of humanitarian operations to evacuate citizens from Afghanistan to Poland in transit through the territory of Uzbekistan.

An agreement was reached to continue close cooperation to facilitate a peaceful settlement of the Afghan problem.