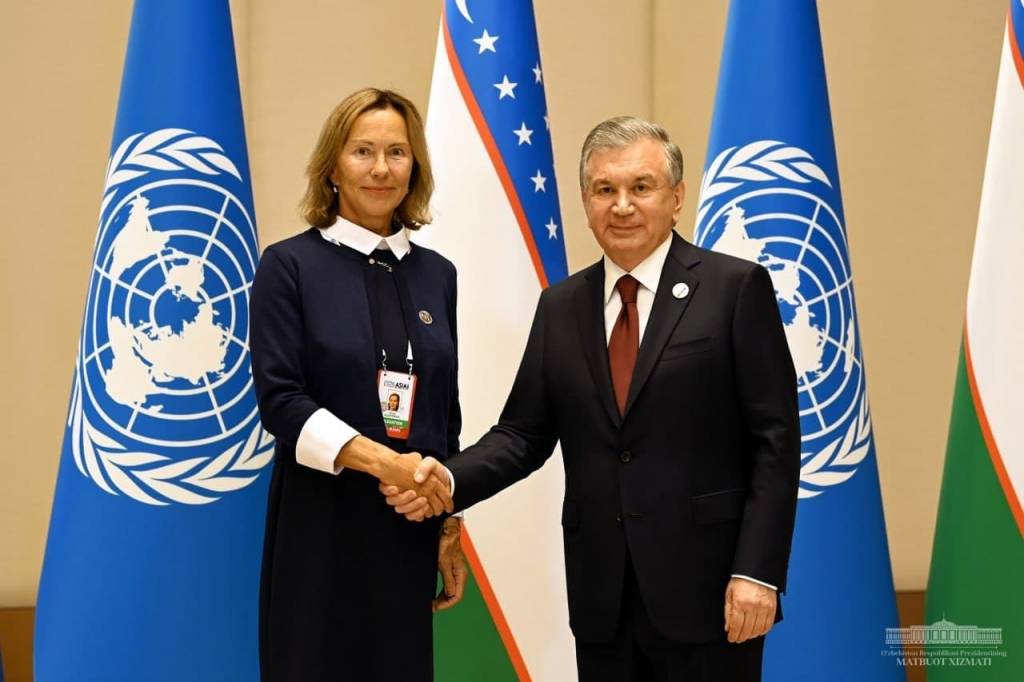 President of the Republic of Uzbekistan Shavkat Mirziyoyev received the Executive Secretary of the UN Economic Commission for Europe (UNECE), Olga Algayerova, who is attending the events of the High-Level International Conference in Tashkent.

The Head of the state noted with satisfaction the dynamic development of partnership with UN institutions, which has reached a qualitatively new level in recent years. Gratitude was expressed for the assistance of the Organization in promoting reforms in Uzbekistan.

Olga Algayerova conveyed warm greetings and words of support of the UN Secretary-General António Guterres to the President of Uzbekistan.

The growing authority of Uzbekistan in the global arena, wide support by the international community for the initiatives of the Leader of Uzbekistan, including the strengthening of the connectivity of the regions of Central and South Asia, were emphasized.

She welcomed the adoption of the resolution of the UN General Assembly on declaring the Aral Sea region a zone of environmental innovations and technologies, as well as the chairmanship of Uzbekistan in the United Nations Special Programme for Economies of Central Asia (SPECA).

The prospects for enhancing mutually beneficial cooperation between Uzbekistan and the UNECE to achieve the Sustainable Development Goals and overcome the consequences of the pandemic, including in the economy, trade and transport, innovation, ecology and other areas, were discussed.