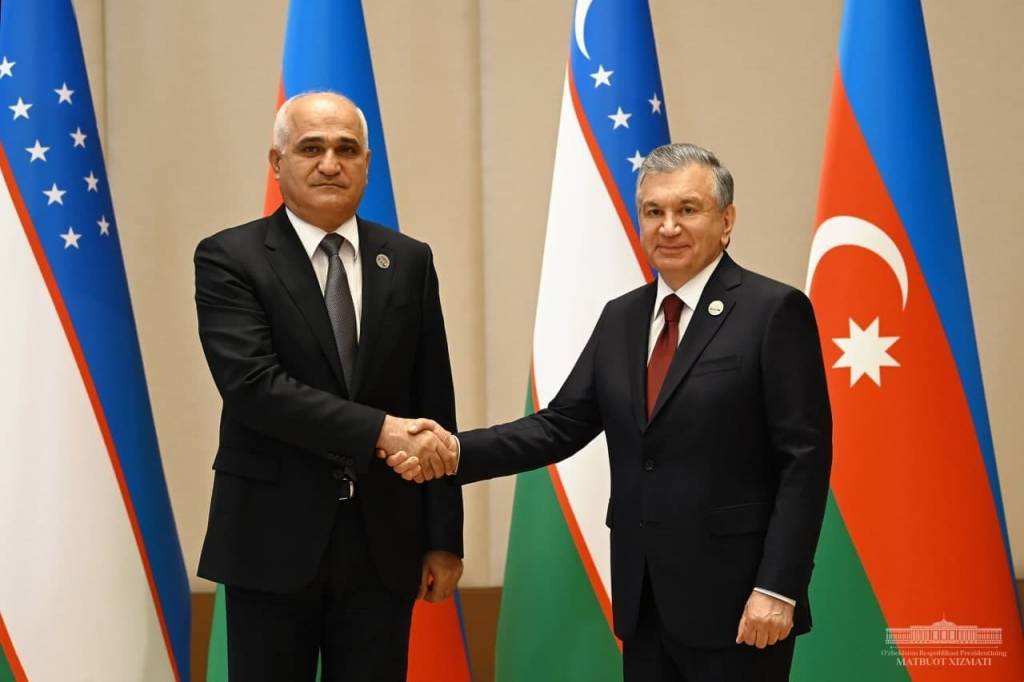 Issues of further development of Uzbekistan – Azerbaijan mutually beneficial cooperation, strengthening the traditionally close and friendly relations between the two countries were discussed.

During the conversation, the main attention was paid to the issues of increasing practical cooperation, primarily on the promotion of projects in trade, industry, agriculture, transport and logistics, as well as the implementation of cultural-humanitarian exchange programs.

An agreement was reached to hold a regular meeting of the Intergovernmental Commission and the Business Council, as well as to organize the First Interregional Forum in preparation for the upcoming summit at the highest level.